England’s Marcus Rashford said he will “never apologise for who I am” in an emotional statement after receiving racist abuse following the side’s Euro 2020 final defeat.

The Manchester United forward was one of three players, along with Jadon Sancho and Bukayo Saka, who were attacked by racist trolls after missing penalties in Sunday’s 3-2 shoot-out defeat by Italy.

Rashford has become a hero to many outside football by lobbying the British government to provide free school meals for under-privileged children during the coronavirus pandemic.

“I’m Marcus Rashford, 23-year-old black man from Withington and Wythenshawe, South Manchester. If I have nothing else I have that,” Rashford wrote in a statement on Twitter.

Rashford, who came on late in the second period of extra time, apologised for his penalty miss and said “something didn’t feel quite right” when he came to take the kick.

“It’s been playing in my head over and over since I struck the ball and there’s probably not a word to quite describe how it feels. Final. 55 years. 1 penalty. History. All I can say is sorry. I wish it had gone differently,” he wrote.

“I can take critique of my performance all day long, my penalty was not good enough, it should have gone in but I will never apologise for who I am and where I came from,” Rashford added.

Images on social media showed a mural honouring Rashford in his hometown of Withington had been defaced before locals covered the hateful language with messages of support.

“Seeing the response in Withington had me on the verge of tears,” Rashford said.

He added that he was proud to have worn the England jersey during his side’s first major final appearance in 55 years, and grateful for the “brotherhood” that was created in the England camp.

Mings criticism is not the first time he has disagreed with Patel.

The Aston Villa star criticised her — after the opening Euro 2020 win over Croatia — for her remarks that taking the knee was “gesture politics”.

She also refused to condemn the England fans who booed the team for doing it.

Premier League teams have taken the knee since last year following the murder of George Floyd at the hands of a white police officer in the United States.

Patel had said on Monday the racial abuse of the three players was “disgusting” but it did not wash with Mings.

“You don’t get to stoke the fire at the beginning of the tournament by labelling our anti-racism message as ‘Gesture Politics’ and then pretend to be disgusted when the very thing we’re campaigning against, happens,” tweeted Mings.

“The painful truth is that this guy (Mings) is completely right,” Mercer tweeted.

“Very uncomfortable with the position we Conservatives are needlessly forcing ourselves into.

“Do I fight it or stay silent? Modern Conservatism was always so much more to me. We must not lose our way.”

England captain Harry Kane lashed out at those who had posted the racial slurs — following England manager Gareth Southgate who had said the abuse was “unforgivable”.

“Three lads who were brilliant all summer had the courage to step up and take a pen (penalty) when the stakes were high,” tweeted Kane.

“They deserve support and backing not the vile racist abuse they’ve had since last night (Sunday).

“If you abuse anyone on social media you’re not an England fan and we don’t want you.”

The racist attacks were strongly condemned by the English Football Association whose president, Prince William, said he was “sickened” by the abuse. 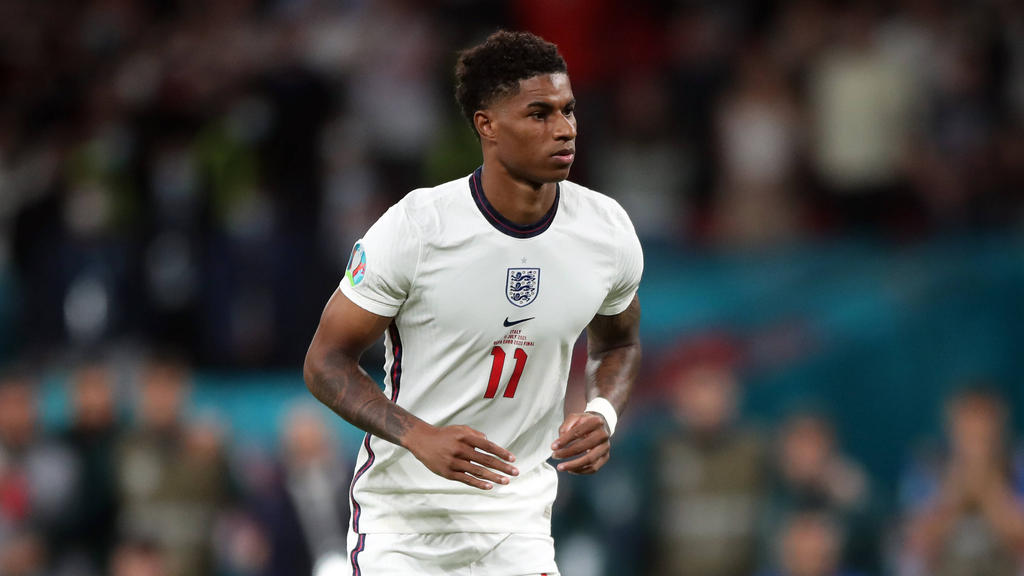