Manchester United midfielder Bruno Fernandes has told Liverpool boss Jurgen Klopp to stop moaning about the number of penalties given to Ole Gunnar Solskjaer’s side.

United have been awarded 20 penalties in the Premier League since the start of last season, while title rivals Liverpool have had just 10.

Klopp highlighted the large amount of United spot-kicks after his side had two penalty appeals turned down in their recent 1-0 defeat at Southampton.

United manager Solskjaer responded by saying Klopp and other Premier League bosses were trying to influence referees not to give his team penalties.

Now Fernandes has joined the United backlash ahead of Sunday’s crucial clash between the bitter rivals as the Portugal star said Klopp should quit complaining.

“You always see what people say, but I really don’t care. I’m not focused on what they’re saying. We have really quick players up front,” said Fernandes, who has scored 14 penalties for United.

“Anthony Martial is one of the best players one against one in the box, Marcus Rashford is another one who is quick and has quick feet, who can take the ball away from the defender at any moment.

“It’s normal that sometimes, because of that, they will be tripped and will fall and they gain penalties.

“People can talk and say what they want. But for me and the team, the main point is continuing to do the right things and when we get a penalty, just scoring.

“I played in Portugal and when you play for Sporting Lisbon, Benfica and Porto are always talking about that kind of stuff – sometimes to put pressure on the referee.”

United are top of the table — three points clear of Liverpool — at this stage of the season for the first time since their last title-winning campaign in 2013.

That was the last year of Alex Ferguson’s trophy-filled reign, but it is champions Liverpool who are the dominant force now.

The 26-year-old has flourished since joining from Sporting Lisbon last January.

Fernandes has scored 19 goals and provided 14 assists in the Premier League alone, with his outstanding displays leading the midfielder to win a record four Player of the Month awards in a calendar year.

That is already as many as Cristiano Ronaldo managed during his entire Old Trafford stay, but Fernandes wants the kind of team glory enjoyed by his Portugal team-mate.

“As I’ve always said, for me the most important thing is winning trophies – team trophies – because we’re a football team and it’s not just Bruno,” he said.

“I want to win trophies with the team. These kind of awards make you happy and confident and to work even more, and to get more and more from yourself.

“But, as everyone knows, I will be completely happy when I win a trophy with the club.” 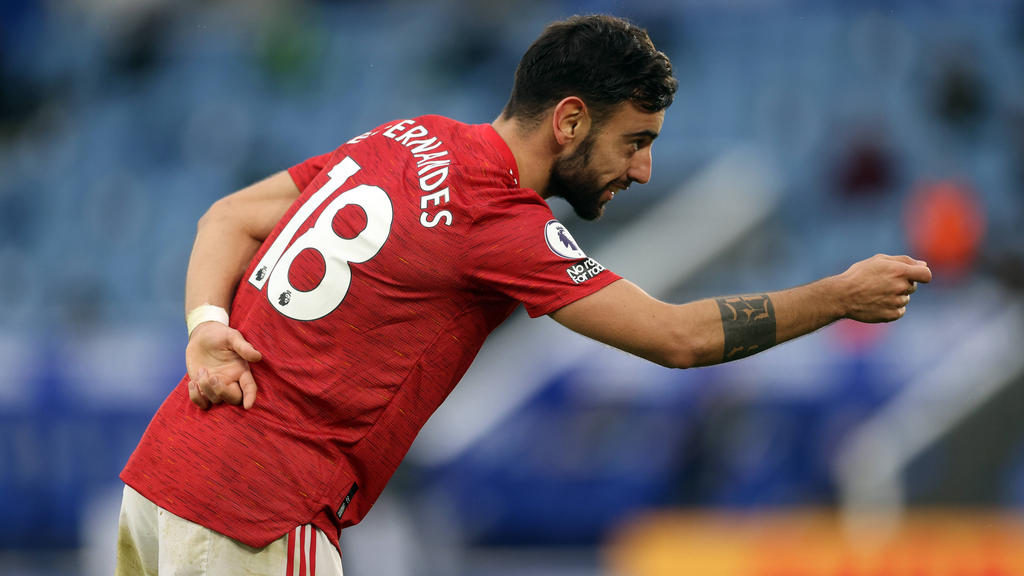 Bale gets a boost with rare praise from Mourinho